October is American Archives Month. Did you know that? I didn’t, until recently.

On October 3rd, NARA participated in #AskAnArchivist on Twitter, along with other institutions. Bmore History Guy asked a question about where the documents for the 1850 Fugitive Slave Act were kept and the response was that they were at NARA – New York. 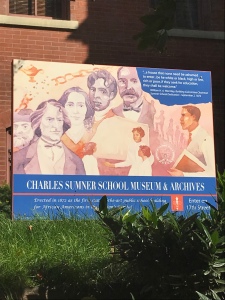 This year’s theme – Crossing Generations, Bridging Communities – focuses on the ways diverse communities interact with archival collections, their creation, function and use.

One of the presentations I found intriguing was given by the staff of the Robert F. Smith Fund. They discussed some projects they were working on, like the Community Curation Program where they offer free digitization services to the local community.

Also, they mentioned the Freedman’s Bureau Transcription Project, which I was surprised to find out, NARA has no involvement other than providing the records that are being used (and anyone can access those from the catalog).

October 24th, NARA hosted a Virtual Genealogy Fair, which is in its sixth year. 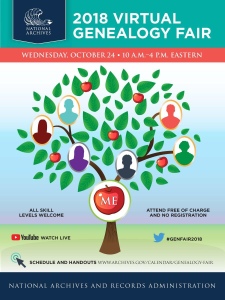 You can access all of the presentations on YouTube, but the one I liked best was All’s Fair in Love and War: The Civil War Widows’ Pension Files.

Next year, I hope to be more involved, but how…?